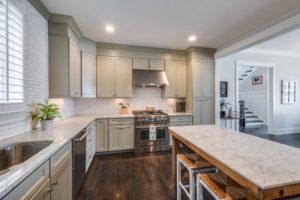 The ongoing discussion regarding STRP (Short Term Rental Properties) hit a head this past week as Metro Council is considering a moratorium or an outright ban on non-owner occupant STRP’s.

From Joey Garrison at the Tennessean: “The proposal would be Nashville’s most aggressive action taken to limit Airbnb, which has drawn strong criticism from neighborhood activists who complain short-term renting has turned residential homes into loud disruptive party hotels occupied by travelers.”

The topic is such a challenge for both new and old Nashvillians alike: how do we fuel the growth and tourism of our great city with STRPs all the while not weakening the fabric of our neighborhoods?

The public hearing was held to also bring light the vagueness around the current STRP laws.

Last December Circuit Judge Kelvin Jones ruled that the legislature regarding STRP’s was too vague and too confusing for citizens to understand therefore deeming the law unenforceable and needed to be amended. This amendment allowed metro to revert to its original ways, giving them the power to enforce the short term rental law. Although Judge Jones modified his original ruling he still feels that new and more clearly stated laws need to be written and enforced. He wants the new laws to specify within the defintition the differences between hotels, beds and breakfast inns, and short term rentals to avoid the confusion we are facing now.

After watching all this play out over the last several years, we now hurry up and wait for the final ruling. Have questions on how this impacts your property? Feel free to give us a call to discuss your options for investment property with both short and long term rentals.